Every other week, we acknowledge an individual throughout history who has brought long lasting innovation to the supply chain and logistics industry.

The contributions of our Featured Innovator this week become even more remarkable when you consider the time in which she lived (18th century)- even despite her high level of privilege due to the family she was born into. Ada Lovelace was a gifted mathematician who is considered to have written instructions for the first computer program back in the mid-1800’s.

Because she introduced many computer concepts, Ada is considered the first computer programmer.

Ada was the daughter of the famed poet Lord Byron, who her mother separate from due to claims of incest (with his half-sister), cruelty and adultery. Ada’s mother was terrified her daughter would get her father’s broody temperament, forcing her to lie still for long periods of time in order to “develop self control” While this method of child rearing may not have been effective, Ada’s mother also forced her to learn subjects that were not common for girls at this age – such as science and mathematics. One of Lovelace’s teachers was Mary Somerville, a Scottish astronomer and mathematician deserving of her own “Featured Innovator” post. Somerville was one of the first women to be admitted into the Royal Astronomical Society and is referred to by some as the “First Scientist.”

“The word ‘scientist’ wouldn’t come into vogue until the 1830s. The word itself was created by William Whewell, reviewing The Connexion of the Physical Sciences by Mary Somerville. The term used at the time, ‘a man of science’, didn’t apply to Mrs. Somerville, and, truth be told, the men of science of the day each filled a particular niche; Faraday was interested in electricity, Darwin was a naturalist. Mary Somerville was a woman and an interdisciplinarian, and the word ‘scientist’ was created for her.” (https://hackaday.com/2018/02/13/mary-somerville-the-first-scientist/)

Here’s where the concept of Computer Programming starts to develop…

Around age 17, Ada met Charles Babbage – a mathematician and inventor who became her mentor as she began studying Math at the University of London. Babbage was known as the “father of the computer” – he invented the ‘difference engine’ which was meant to perform mathematical calculations. Babbage also made plans for an “analytical engine” that could perform more complex calculations. Many years later, Ada was tasked with translating an article on this machine. But she didn’t stop there. Ada added her own thoughts into the article, describing how codes could be created for the device to be able to handle letters, symbols and numbers (as opposed to only numbers). She theorized a method in which the engine could repeat a series of instructions- which is known today in computer programming as looping. This article was not discovered, or valued for it’s importance, until the 1950’s when her notes were published by B.V. Bowden, who republished them in “Faster Than Thought: A Symposium on Digital Computing Machines” in 1953. Since then, Ada has received many posthumous honors for her work, including the US Department of Defense naming a newly developed computer language “Ada.”

Cedric Millar is a people company. We sell to people, and we know that our people are our greatest asset. But we couldn’t do what we do, without the technology that enables us. All of the technology we utilize to empower our customer’s supply chains – TMS, WMS, Route Optimization Tools, our Small Package Application: none of these would exist as they do today without computer programming. We are grateful to be able to highlight the work of Ada Lovelace- and for the power of story telling to ensure women’s work is not lost to history. Thanks for reading! Make sure you check back in 2 weeks for our newest Featured Innovator.Additional Source: https://www.biography.com/scholar/ada-lovelace

Full-scale model of Charles Babbage’s Difference Engine No. 2. This would have been 11 feet long, weighing 5 tons, with 8,000 different parts.

Get a head start on your number crunching with our free supply chain analysis. We’ll take a look at your data and offer suggestions for cost savings, based on our deep understanding of the Canadian supply chain context.

Get a free supply chain analysis

PRESS RELEASE: CEDRIC MILLAR LAUNCHES BEACON ANALYTICS TO EXPAND SUPPORT TO COMPANIES ACROSS THE US AND CANADA For a business to stay competitive in their industry, regardless of what that industry is, there is one thing that is becoming increasingly important: real-time 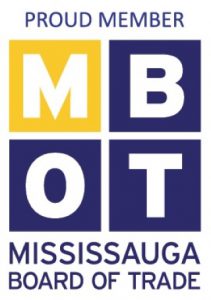 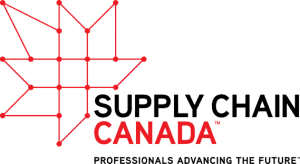 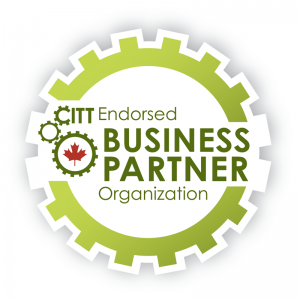 Supply Chain Solutions in Canada and the USA

Turn your cost-centre into a profit centre

with innovative supply chain solutions from Cedric Millar. Let us show you service improvements and cost savings in your supply chain with a no-obligation discussion today!

A Proud Member of the Spokes Alliance